Written by Grainne Donnelly on 20th October 2016. Posted in News. 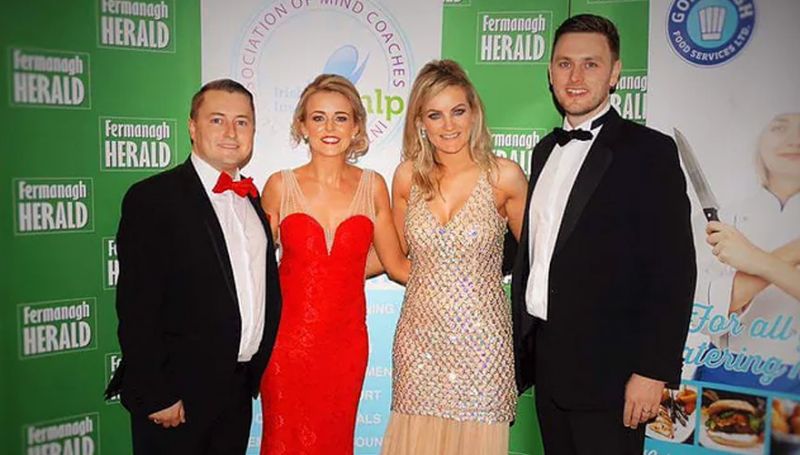 We were delighted and humbled to be anonymously nominated (thank you to those responsible) for the Fermanagh Herald Business Awards 2016. Patrick was nominated for “Young Entrepreneur of the Year” and as a team ABSolute.Physio was nominated in the “Best Start-Up Business” category. Our nomination was accepted by the panel and the shortlisting steps commenced. One step involved an interview by an independent company who visited each nominated business and asked a standard set of questions. This was to find out more about the businesses in terms of what they do, how they are successful, what their goals and targets are and why they should win the award(s). I am not going to lie, the questions were tough to answer on the spot. We are not very good at selling ourselves or “bigging” ourselves up but none the less we were successful and congratulated on making it to the final round….the awards night on Friday 14th October 2016!

The lead up to the awards night was very exciting. The Fermanagh Herald had a short video made up for each nominee for playing during nominations (thanks to Stephen Kettyles of Digital Image Video) and there was also a social media poll that helped build up momentum and increase awareness for the awards.

The Killyhevlin hotel proved to be wonderful hosts. From a warm welcome and drinks reception on arrival to wonderful food enjoyed in surroundings that lived up to the black tie glamour.

The event was hosted by UTV’s very own Paul Clark who captured the attention of the room. We were too busy chatting around us and taking it all in that we missed out on grabbing a photo opportunity with him. I did get a snap of him in action though….

We enjoyed the company of the many businessmen and women in the running for awards, including the lovely team from Adult ADHD NI with whom we shared a table. It was nice to meet another local business affiliated with health and learning about their journey and success in business.

Representatives from Fermanagh and Omagh District Council were in attendance including local Councillor and former colleague Mr Raymond Farrell.

We also enjoyed the company of Darwin Allen and his lovely wife Helen. Darwin was representing his company GDP Equity Experts who sponsored one of the categories we were up for…..Young Entrepreneur of the Year 2016. Helen and Grainne actually attended school together and it was great to catch up.

The first category we were up for was “Best Start Up Business”. As we watched the video’s for each nomination we were humbled to have made it to the nominations. Each business demonstrated success and passion. Well done to TCTS Group who took the title. We gratefully accepted the Highly Commended award alongside the Taphouse, Autoshine Car Care Store and The Busy Bee’s .

Young Entrapreneur of the Year Award deservedly went to Dale Ebbitt of the Taphouse Gastropub in Enniskillen. Patrick humbly received his Highly Commended Award shoulder to shoulder with other stiff competition including Cathal Crudden from TechDoc, Claire Perez from Fable Heart and David Burleigh of Fishing Tackle & Bait.

In all it was a great event which we thoroughly enjoyed and were delighted to be a part of. Fermanagh is standing proud in the world of business demonstrating high calibre, success, initiative and business acumen. Thank you to the Fermanagh Herald for organising such a great community event and celebrating the success of local businesses.